Thank you! Your submission has been received!
You will receive a Confirmation Email from our Team.

Oops! Something went wrong while submitting the form 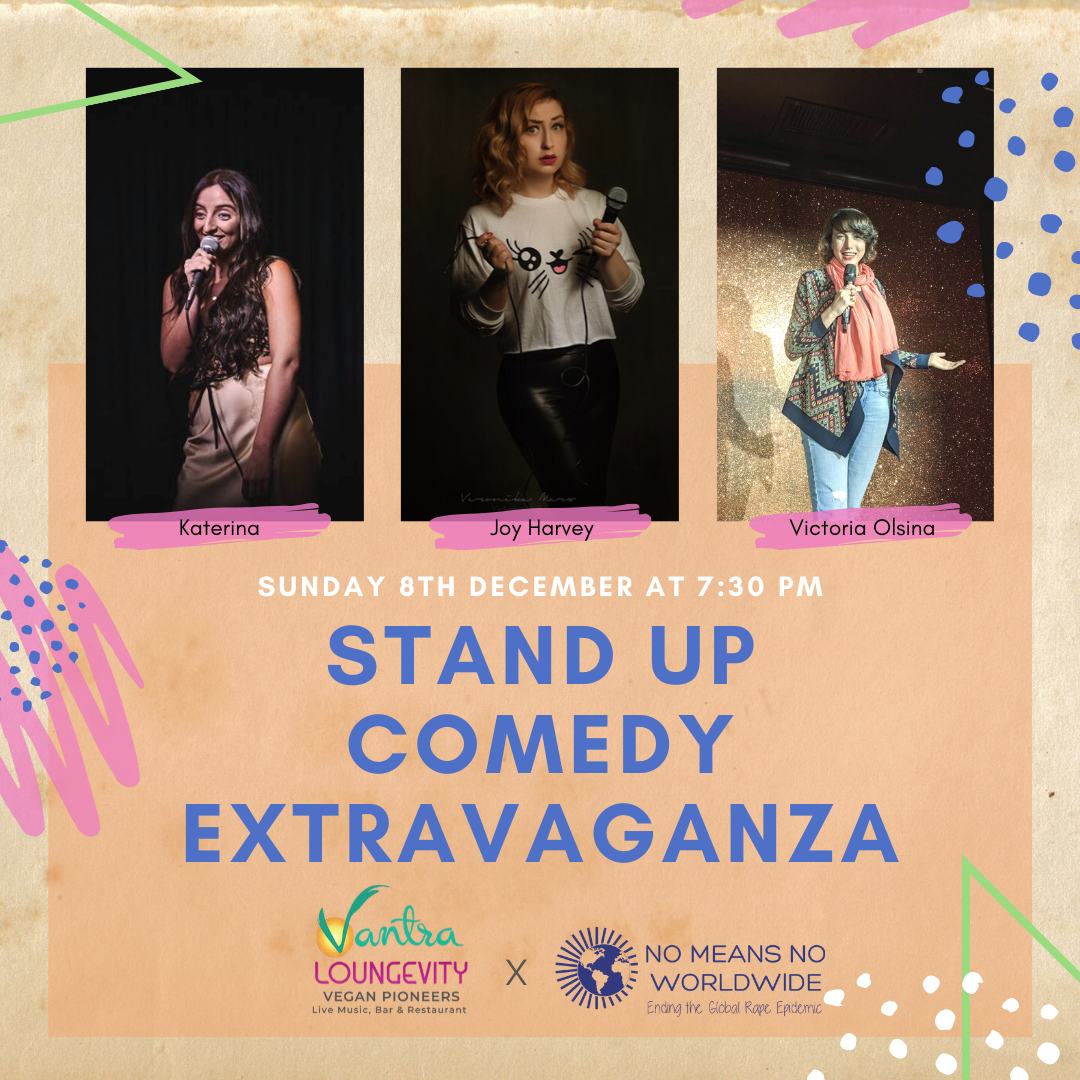 Join in on the fun for this month's Standup Comedy Extravaganza December and laugh away the Sunday evening blues, lots of great comedians, delicious vegan food and drinks and all for a great cause NO Means NO Worldwide.Multiple brilliant comedians performing 5 minutes sets. Doors open 7.30p.m show starts 8 p.m.

Monthly Standup Comedy Extravaganza in Aid of No Means No Worldwide

This month Standup Comedy Extravaganza on Sunday 8th December and laugh away the Sunday evening blues, lots of great comedians, delicious vegan food and drinks and all for a great cause NO Means NO Worldwide.

Bring your friends, neighbours, colleagues, families, people you pass in the street, people whose sweaty armpits you get stuck under in the tube.

No Means No Worldwide is a comprehensive violence prevention organisation for girls and boys.

They are a school based program that uses the IMpower system of prevention and intervention training. They teach classes in 6 week cycles, three times per school year, with the number of students ranging from 7000-9000 per cycle.

Recommended donations £8 concessions. This is based on trust (no evidence required) and you can donate something in between or more or less if you prefer.

If you cannot make it but would like to make a donation please do so at : http://nomeansnoworldwide.org/donate.

Introducing some of our brilliant comedians in the line up for Sunday 8th Dec Stand-up Comedy:

Katerina is an actress and stand-up comedian from Greek-Cypriot/English descent. She trained in acting at The Italia Conti Academy of Theatre Arts and she is a member of the Soho Young Theatre Company in stand-up comedy. She has recently returned from the Edinburgh Fringe Festival playing "Maria" in How to Save a Life at the Underbelly, which has now been transferred to Soho Theatre. Previous credits include her sell-out stand-up comedy show Girls with Jokes (King’s Head Theatre), Sassy Stand Up (Rose Theatre Kingston) and playing Betty Boop in Who Framed Roger Rabbit (Secret Cinema). Katerina regularly gigs on the London circuit. Her comedy sketches have also been featured on Wall of Comedy and she was also mentioned as “undiscovered talent” for an article in Secret London.

Joy Harvey is a London based Comedian and winner of the 2017 British Crown at the World Burlesque Games.

Victoria Olsina likes to talk about her in third person. She was born in a hospital in front of an ice cream shop in Alta Gracia, Argentina, the city of Che Guvera.

She started doing standup comedy one year ago (34 gigs so far) and since then she has performed at venues such as Downstairs at the King’s Head, The Standup Club, Come East, Funny Women, and more.

There will be loads of great comedians!

We hope you can make it to our monthly stand-up comedy extravaganza in aid of NO Means NO Worldwide at Vantra, which is a really amazing sexual violence prevention charity.

Here's the Eventbrite link to get your tickets:‍ 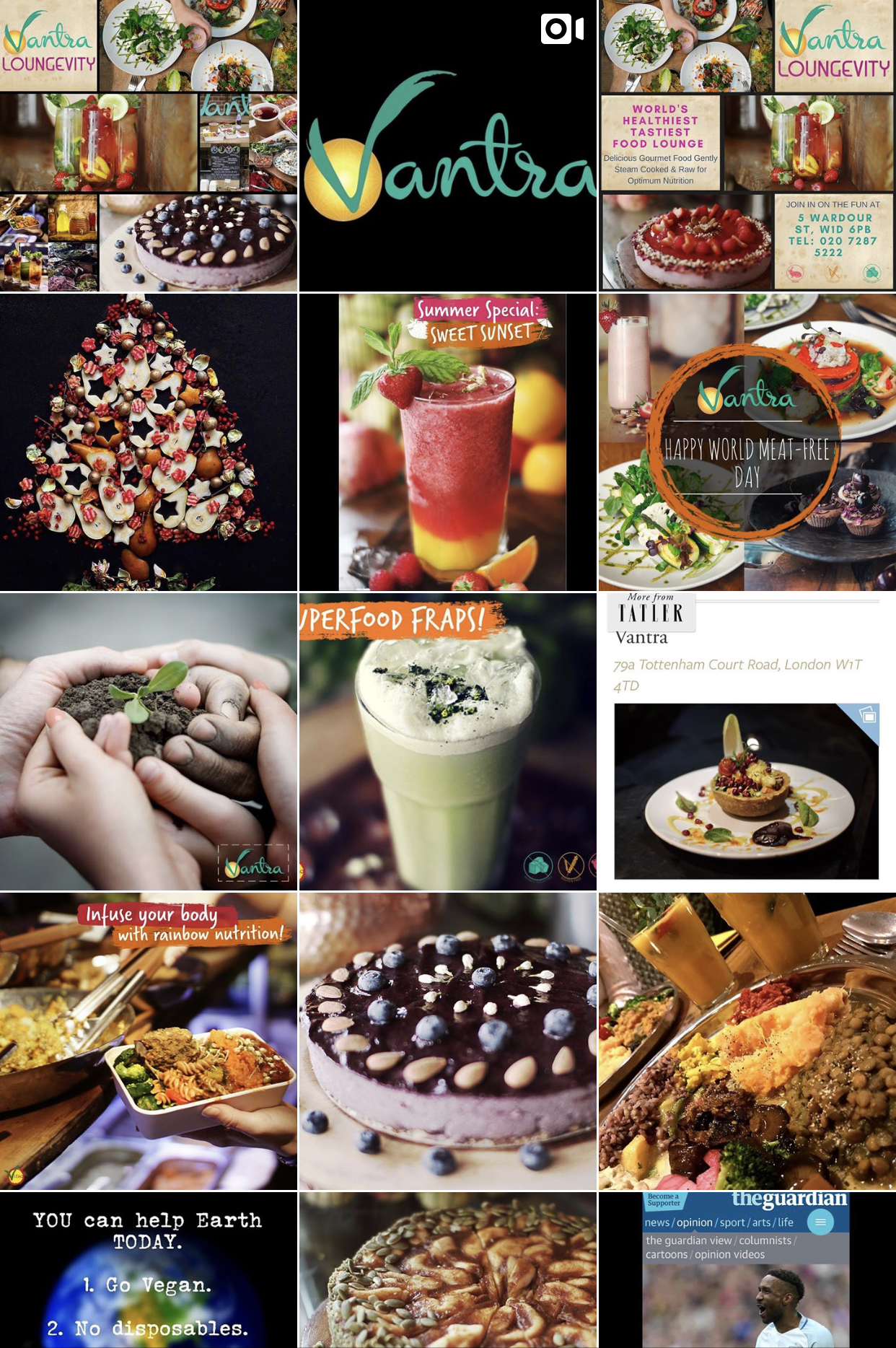 Stand Up Comedy Extravaganza in Aid of No Means No Worldwide